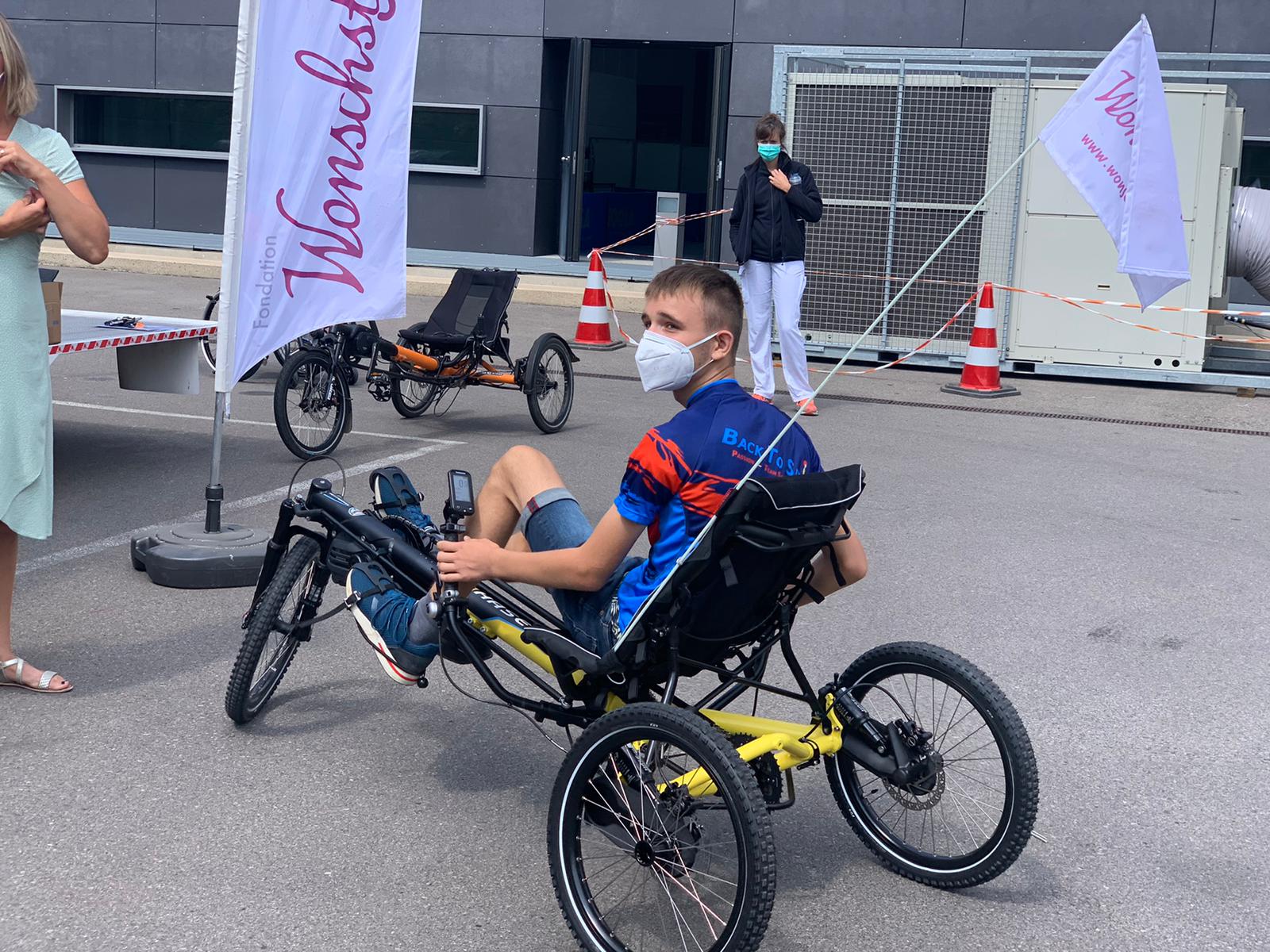 A bike for Theo! Theo’s a 14-year-old boy. He has a very rare autoimmune neuromuscular disease called Morvan syndrome!

It all started 6 years ago with psychiatric symptoms such as hallucinations as well as cognitive problems and social contacts have become very difficult. In 2018 the symptoms are evolving! At each attack, in addition to the hallucinations, he develops physical symptoms such as myotonia (muscles are moving all the time, with great pain). Unfortunately, he does not recover from every attack. In March 2019 Theo had his last seizure and he lost his speech, reading and walking abilities. He was hospitalized at the University Hospital of Ghent where he was finally diagnosed with Morvan syndrome.

After 3 months of hospitalization he was sent to the Rehazenter, a rehabilitation center in the Grand Duchy of Luxembourg. There, he gets to know Back to sport, an association that brings together people with a physical handicap who surpass themselves during sports events to reach their goals. He was able to start up an activity again thanks to the bicycle that Back to sport lent him and also thanks to the kindness and dedication of Xavier and Aurélie from Back to sport. So now that he has tasted freedom with the bike, there is no turning back.

After months of re-education at the Rehazenter, he is happy to finally have the goal to participate with his father at the Transardennes Biking Heroes Team Challenge next year.

With the fact that he doesn’t have a lot of muscular strength and endurance, the electric motor helps him a lot. And his dream: to have his own adapted bike to train as much as possible and to be able to reach his goal!

Many thanks to the generous sponsors!