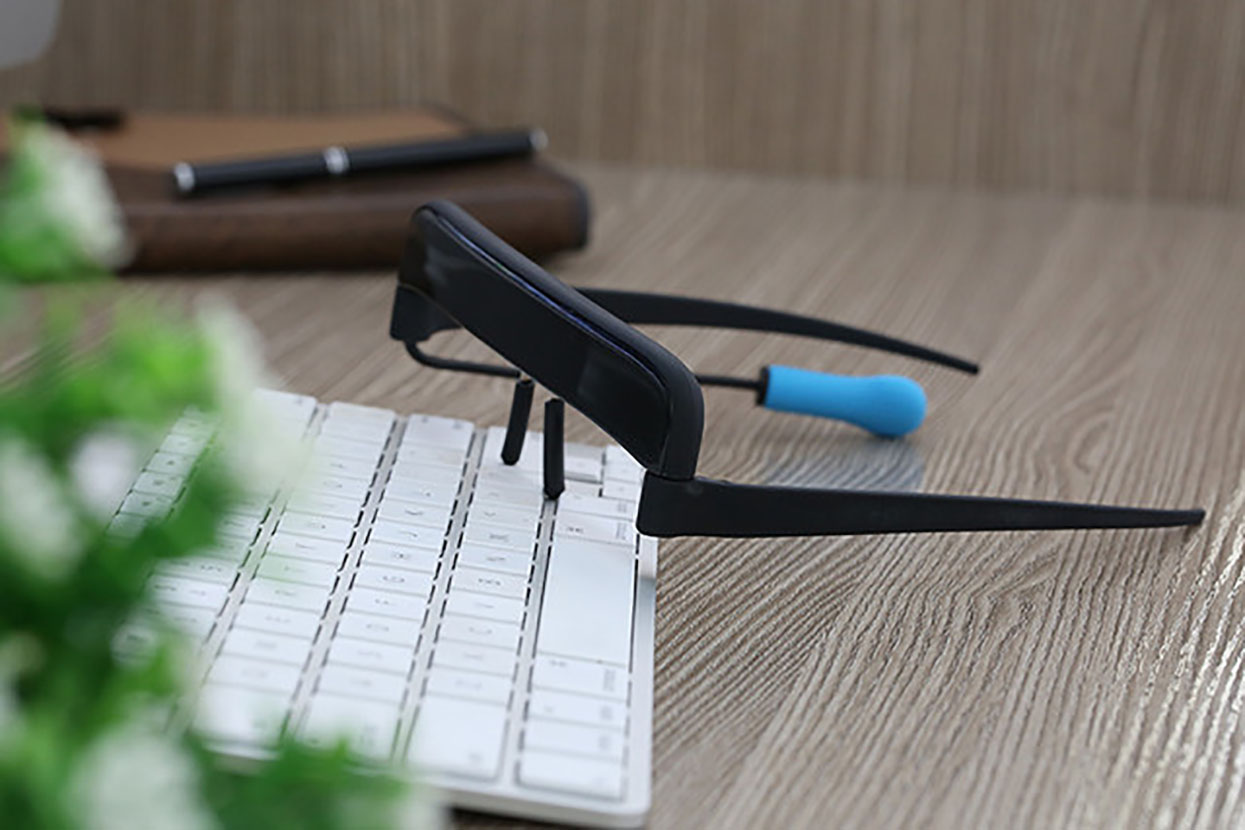 Rigobert is 54 years old. A little more than 10 years ago, he had a tragic car accident that left him paralyzed from head to toe. Since then he lives in a home for the disabled.

He describes himself as someone who tries to live as autonomously as possible. He contacted us to ask us for a favor.

Because he spends the majority of his time on his computer, which he has to manipulate with a controller on his wheelchair. This‘s isn‘t really handy, so he did ask us to help him purchasing special glasses called „Glassouse“. These glasses allow Rigobert to control his computer with his eyes, which is a major improvement to his workflow.

We were happy to support Rigobert, who throughout his life and work as a caregiver, always had done everything for his fellow man.