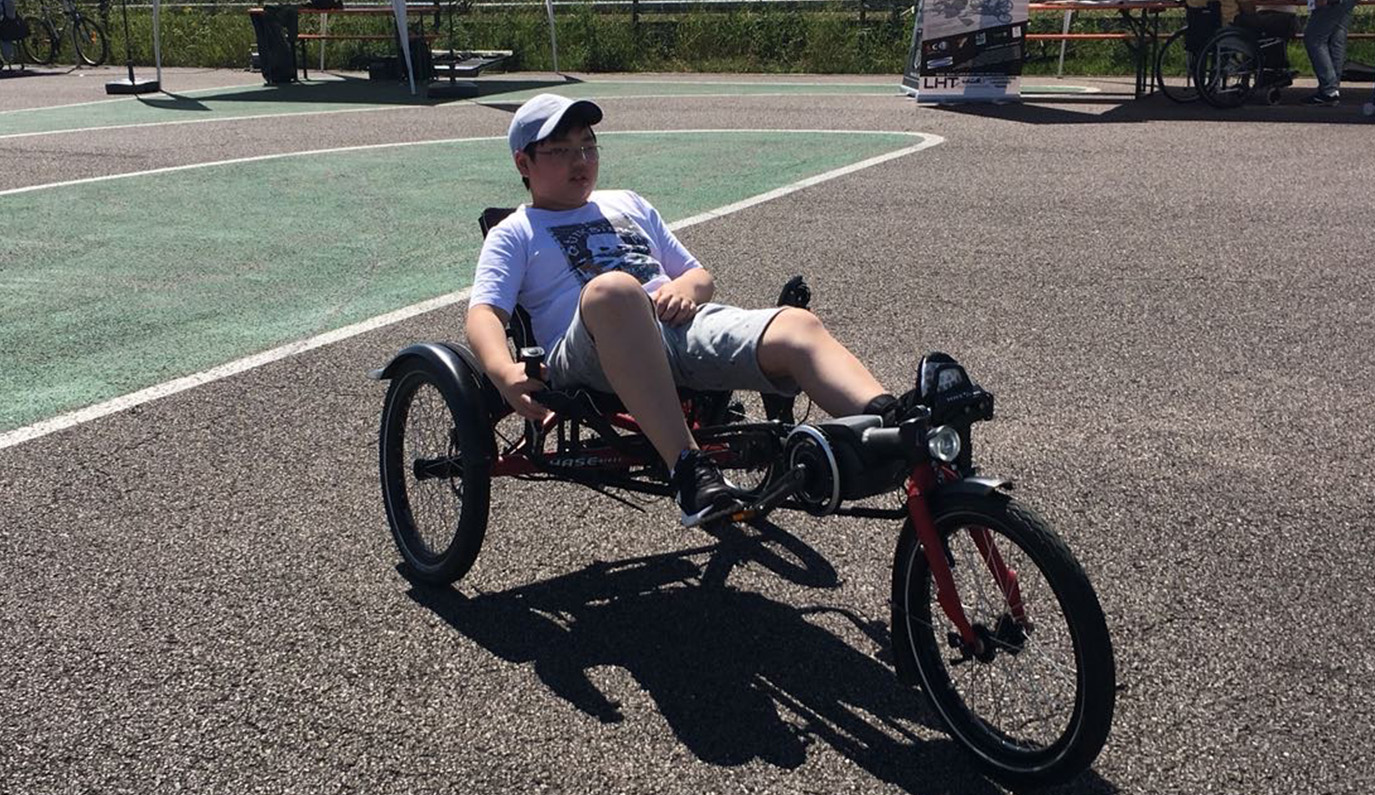 Noah, aged 13, adopted at the age of 2 and living in Luxembourg, lost his dad of leukemia a few years ago. He has a little brother and lives with his mother.

Noah, too, was not spared. On April 19, 2017, he had to be operated on a brain tumor. He has, while keeping his morale, made an intensive reeducation at the rehabilitation center. Unfortunately, after a relapse, he had to be operated again on his tumor on December 14, 2017. Despite these blows, Noah fought like a lion and he was able to keep his smile.

His dearest wish: “To have friends again” because they “all left with the hospitalizations”.

When we learned about this story, we immediately wondered how we could best help Noah. We quickly realized that sport, as a means of socialization, could play a key role.

Due to his physical disability, he was particularly interested in a trike. However, the trike still required some adaptations; notably an electric assistance.

Finally, Noah received his bike during the summer holidays and he has already benefited from it. It allows him to do family activities and he even plans to participate in a triathlon. To achieve this goal, he trains by bike at home and swimming at the rehabilitation center.