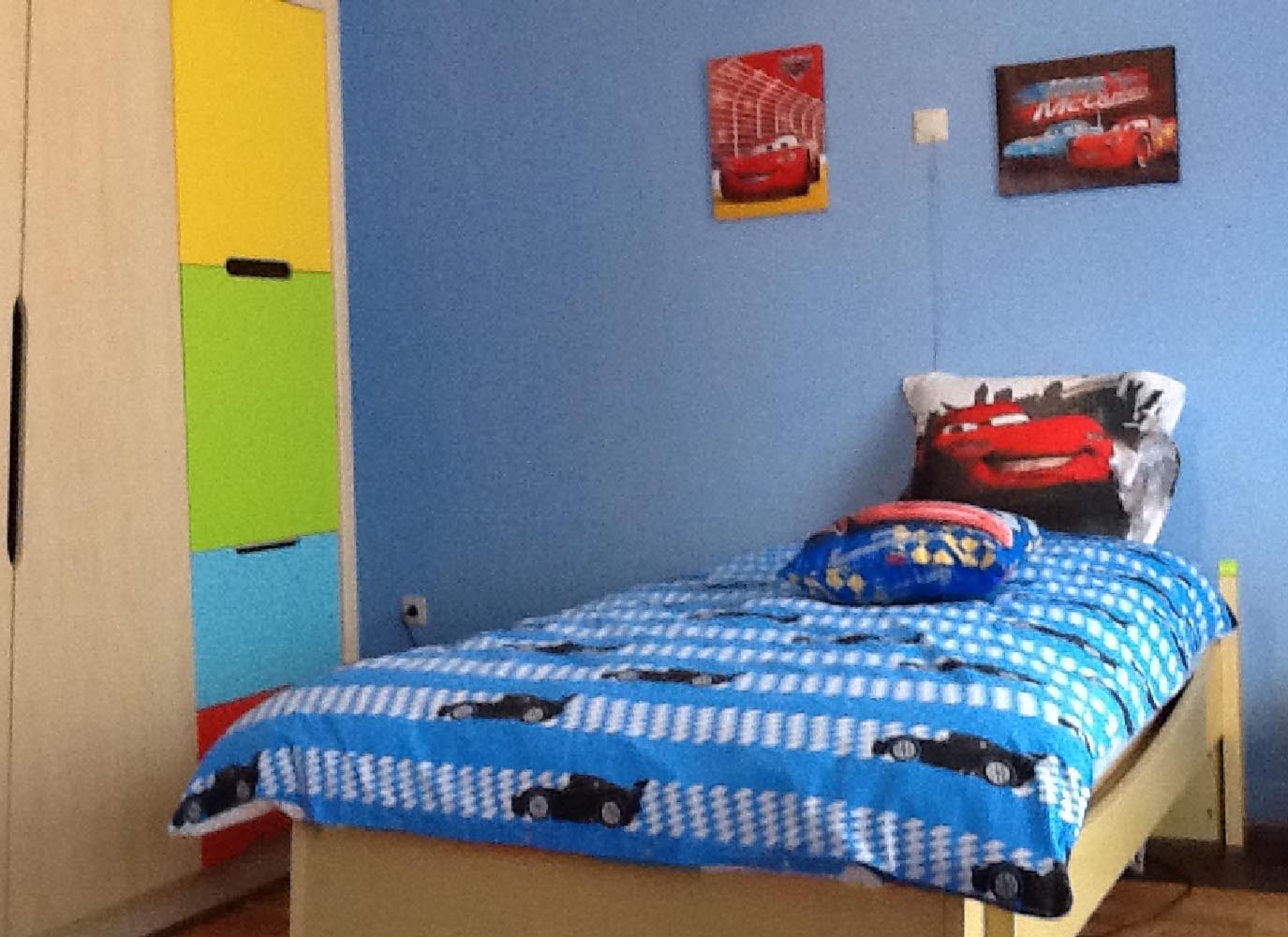 Faris, 7 years old, comes from Bosnia and lives with his parents and two sisters since 2014 in Luxembourg. He suffers from a neuromuscular disease (Duchenne Becker) which is characterized by a loss and weakening of the muscle structure. This severe disease advances constantly and Faris recently began to struggle to walk and take the stairs. Faris shares a room with his sister because his parents can not afford separate rooms for both of them. Besides he would really need an electric motorized bed in order to help him and his parents handle the situation better.

We know that Faris is a huge fan of the movie „Cars“ and so we thought it would be a good idea to design him a new room with some features of his favorite movie. When Faris came home from school one day he was very much surprised to find his room entirely transformed.

We would like to give a special thank you to Ameublement Friedrich from Remich.