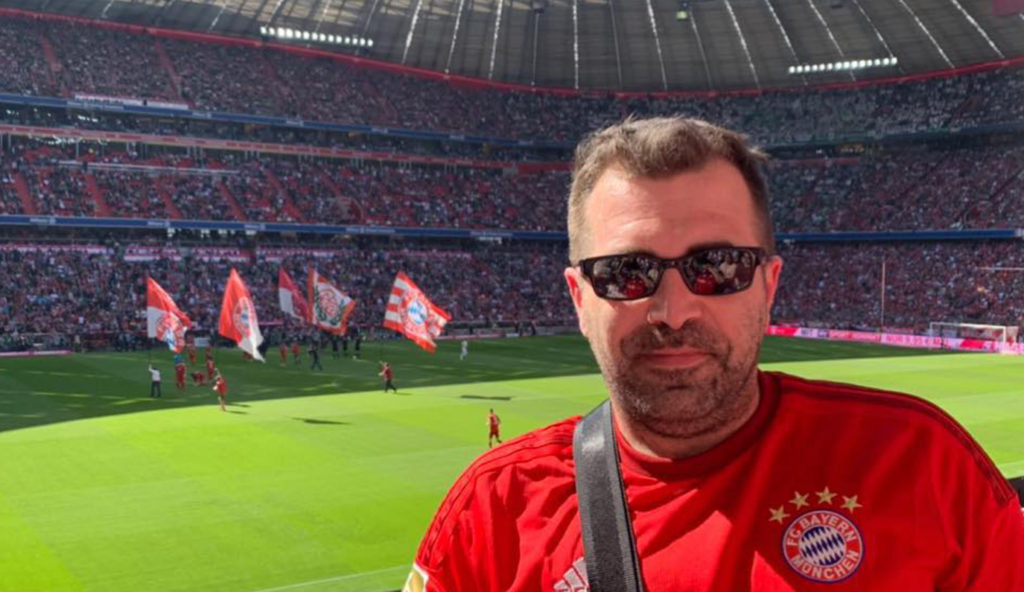 David, 33, single, lost his job due to serious health problems (back surgery, epileptic seizures, major depression …). He contacted us many times to see a football match of Bayern Munich, his favorite club.

He is a big fan of this club. Moreover, during our first meeting, he showed up dressed in a “Bayern Munich” jogging suit and he told us that he does not miss a game on television.

The Easter Bunny brought him a nice Easter gift: a trip to Munich and especially a ticket to see the Bayern Munich match against Bremen.